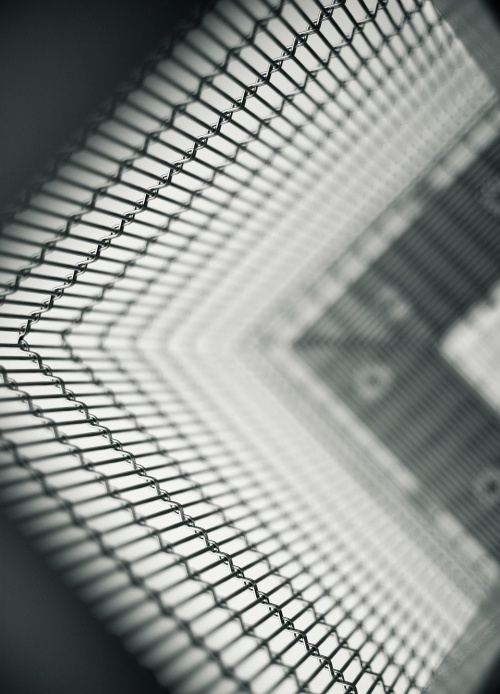 Deepen one’s knowledge of the electroacoustic repertoire and its different compositional approaches. Produce a work to be played live within the scope of the hapax concert season. Write a collective piece.

Vincent Laubeuf, creator of instrumental and acousmatic works as well as improviser, artistic director of the musical company Motus, will lead four sessions based on his creative approach.

Workshops will be proposed by composers Gaël Tissot and Guillaume Hermen, in order to provide you an accompaniment for your creation and the creation of a collective piece (3h/day). You will also be allowed access to the studios (min : 1h3 /day for each student). The works will be played live in November, 2016 at the Espace Musical de la Digue.
Period:


Born in 1974 in France, Vincent Laubeuf studied acousmatic and instrumental composition with Denis Dufour and Jean-Marc Duchenne in conservatory of Lyon (France). His encounters with Pascal Dusapin, Brian Ferneyhough or Gérard Pesson completed his compositional training.

Now he is invited to such studios as GRM, La Muse en Circuit and he writes for such ensembles as Instant donné, In Extremis or the Contemporary Orchestra Ensemble. His works have been performed in France at the Palais de Tokyo the Grand Palais, La Muse en Circuit, the GRM (Paris) and outside of France in Milano, Geneva, New York, Wroclaw and Tokyo…

In 2008, he won the 8th international competition Luc Ferrari, with is work Peregrination de Tokyo. As electroacoustic musician he played in festival Total Meeting (Petit Faucheux, Tours), at 3 tours in Japon (especially with Hugues Vincent and Polo) and, with the project Kontakte by Karlheinz Stockhausen (with l’Instant donné and Motus), at the Festival d’Automne (Amphitheatre of Opera Bastille, Paris…).

Two solo CDs were devoted to him: Rarefactions, Motus and The Poetics of Vacuum co-published by Obs * (Russia) and OtO (Japan). Since 2006 Vincent Laubeuf is the artistic director of Motus and of the Futura Festival.


Gaël Tissot discovered music by learning piano. From 2002, while being a student in musicology at the university (Toulouse), he studied composition with Bertrand Dubedout and piano with François-Michel Rignol (with whom he earned a superior diploma in piano performing), before being admitted to the composition class of the Conservatoire National Supérieur de Musique de Lyon. In 2007, he was in residence for composition at CIRM (International Music Research Center) in Nice, and for three months at University of California at Berkeley. He cofounded in 2013 the artistic collective hapax in Toulouse. Doctor in musicology, he wrote his thesis on the electroacoustic music of François Bayle and its relation with visual elements. He is the author of several international musicological publications.

His music, instrumental as well as electroacoustic tries to go beyond the notion of notes, pitch or rhythm, by exploring the idea of musical shape. Hearing and conceiving sound as a sum of outlines (namely, a shape) permits to draw parallels between music and visual arts. The composer draws shapes in time as the painter organizes forms in space: he can think of elongated shapes emerging from the background, complex forms transforming one into another, or polyphony of shapes. This way of thinking allows tight links between instrumental music and electroacoustic medium, offering new imaginative possibilities for a “morphological music”.


Following his studies in cinema and sound engineering, Guillaume Hermen studied electroacoustic composition under Bertrand Dubedout at the Conservatory of Toulouse. Inspired by the freedom in the creations of contemporary artists such as Gyorgy Ligeti, Paul Klee, John Cage, Pierre Henry, Jimi Hendrix or John Coltrane, he decided to focus on instrumental composition and began studying with Philippe Leroux and Thierry Blondeau. Since 2011, he has been studying under the direction of Gerard Pesson at the Conservatoire National Supérieur de Musique de Paris.

Influenced by the rhythms of the polyphonic vocals of the African Pygmies, classical Indian music and artists such as Bill Viola, Morton Feldman or Steve Coleman, he builds his work around rhythm construction. His pieces center on creating links between gesture and sound, writing and improvisation, real and virtual, and explore the illusions associated with them. He has collaborated with many ensembles such as the Ensemble Inter Contemporain, Cairn, TM +, Art'ung Duo and the musician-improviser Sylvain Darrifourcq.